Dr. Assem Al-Jazzar, Minister of Housing, Utilities and Urban Communities, followed up on the implementation position of the various projects being implemented in the New Administrative Capital, including the central business district, the central gardens project, the third residential district "Capital Residence", the fifth residential district, "New Garden City", and others.

The Minister of Housing indicated that the work of the glass facades of a number of towers in the Central Business District is being completed, in parallel with the implementation of the interior finishes, explaining that the Central Business District of the New Administrative Capital includes 20 towers with various uses, including the iconic tower, which is the highest tower in Africa, at a height of about 400 meters, and the investments of this project are estimated at about 3 billion dollars, and it is implemented in cooperation between the Ministry of Housing, represented by the New Urban Communities Authority, and the Chinese company (CSCEC), one of the largest contracting companies in the world.

The minister added that the percentage of work implementation in the central parks project in the new administrative capital reached 73%, and the central parks in the new administrative capital are the largest central park in the Middle East and the second largest park in the world, with a length of more than 10 km, an area of about a thousand acres, and providing areas Recreational areas of international standards, easily accessible through an integrated network of pedestrian and bicycle paths, and will be enjoyed by all Egyptians from different segments of society. 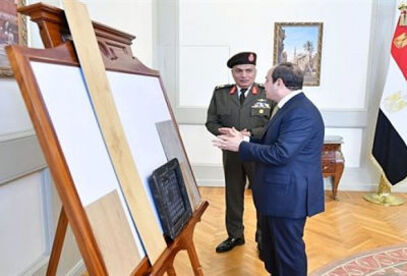